Here’s a press release for Bryan and the Haggards Featuring Dr. Eugene Chadbourne, from Northern Spy Records. I like! Check it out! 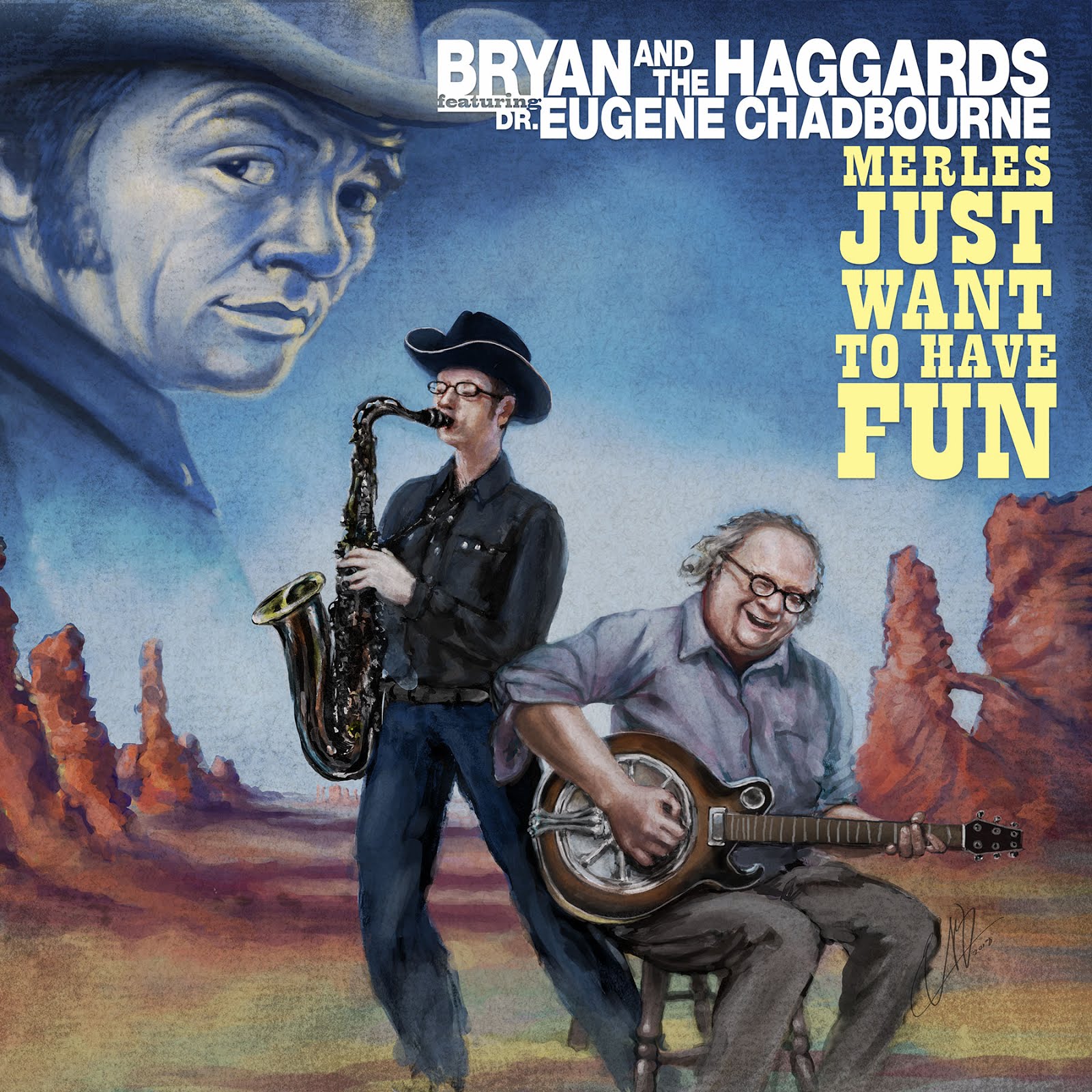 Merles Just Wanna Have Fun is a ridiculous spirited, lovingly raucous tribute to one of country’s greats, Merle Haggard. As with Willie Nelson, there’s a bit of jazzy sensibility to Haggard’s music. The tunes aren’t mere three-chord rockers, giving a sextet of exceptional musicians like Bryan and the Haggards featuring Dr. Eugene Chadbourne plenty to work with. And as with Nelson (Poncho to his Lefty, or the other way around), Haggard’s songs are full of character, or rebels and patriots and world-weary travelers.

“This was what I was trying to do in 1980, get a jazz band to play country and western and get a record label to pay to record it and put it out. The closest I could get to that was Shockabilly and obviously that was a sidetrack. So listening to this is really gratifying! Let’s see if anybody else likes it!”

Eugene Chadbourne with Bryan and the Haggards.10/31 Thursday

Here’s a press release I thought I would forward along, from Rat Pak Records.